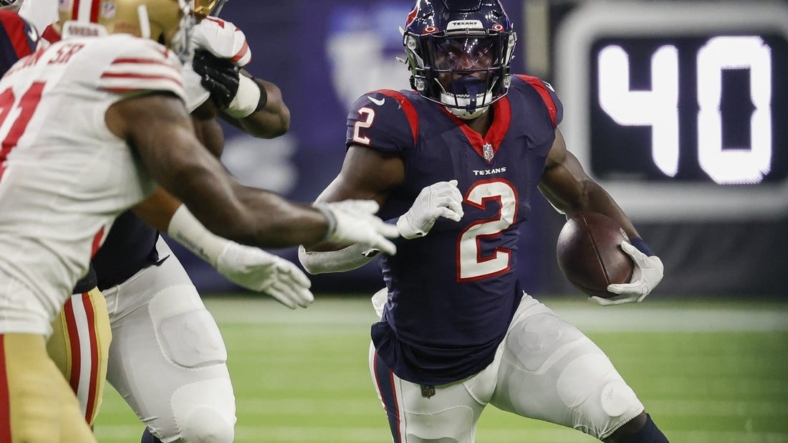 Veteran running back Marlon Mack will be among the cuts as the Houston Texans pare down their roster to get to the mandated 53 by the 4 p.m. Tuesday deadline, ESPN reported.

Mack, 26, signed a one-year deal worth $2 million with Houston in the March after five seasons with the Indianapolis Colts.

Mack was the primary backup to No. 1 tailback and rookie Dameon Pierce on the Texans’ depth chart. Rex Burkhead and Dare Ogunbowale are also on the depth chart. Burkhead was Houston’s leading rusher in 2021 with 427 yards.