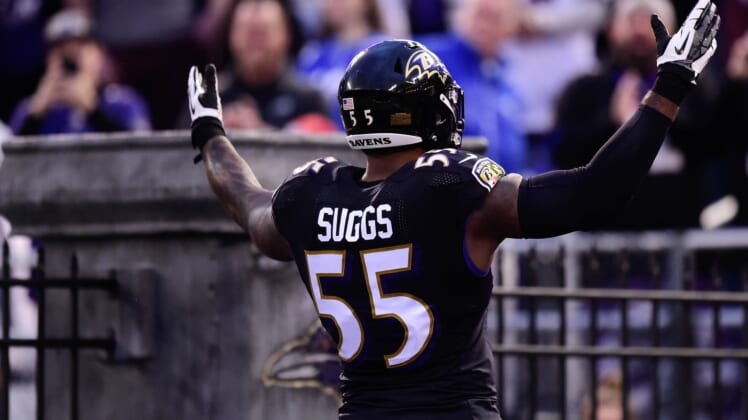 Slated to become a free agent in 2019, linebacker Terrell Suggs has reportedly told the Ravens he plans to move on.

Terrell Suggs informed the Ravens he will be moving on to another club. Some of his teammates have mentioned Arizona as a possible landing spot

Suggs has been a fixture with the Ravens for 16 years since being selected 10th overall in the 2003 NFL draft. With the exception of only four seasons, Suggs has played in all 16 games per year, the entirety of his time in Baltimore.

If indeed he is done, Suggs walks away with 132.5 sacks, 854 combined tackles, 14 fumble recoveries, seven interceptions and two touchdowns under his belt.

As the tweet above suggests, Suggs, who is 36 years old, could be heading to the desert to play for the Arizona Cardinals. Though, we’d be shocked if he didn’t also receive interest elsewhere.