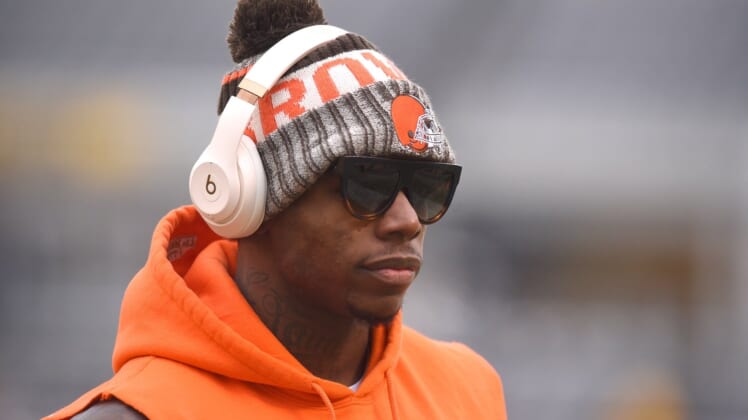 That’s not the big issue, however.

According to Mike Freeman of Bleacher Report, some other teams are very unhappy about the fact that, to this point, nobody outside of Cleveland is being told exactly what is going on with Gordon right now other than he’s dealing with some personal issues and making sure he’s healthy in mind and body.

I’m hearing some very strong opinions from other teams re Josh Gordon situation. They believe the lack of clear explanation on his status from the NFL is improper.

This isn’t my feeling. This is what I’m being told by more than a few teams.

Recently, Browns owner Jimmy Haslam alluded to Gordon’s substance-abuse issues but wouldn’t get into any specific details about what’s going on or why Gordon is rumored to be working with the same counselors that helped him last year when he spent 90 days in an inpatient rehabilitation center (h/t Mary Kay Cabot of Cleveland.com).

“You know, this is a difficult situation,” Haslam said. “Josh has clearly struggled with addiction and he would tell you that, over a long period of time. I think we saw a different Josh Gordon here in the spring and during workouts he’s working hard, and we’re going to continue to work with the person and try to help him out both personally and professionally until it doesn’t make sense.”

It is kind of strange that Gordon’s status is so up in the air right now. The team continues to say he’ll be in camp, but the lack of details about why he’s not in camp just is not normal.

Hopefully Gordon is going okay. His past issues with substance abuse are well documented, and the last thing anyone wants is for him to suffer any undo setbacks in his recovery.

That being said, it isn’t surprising that other teams are starting to wonder what the heck is going on.