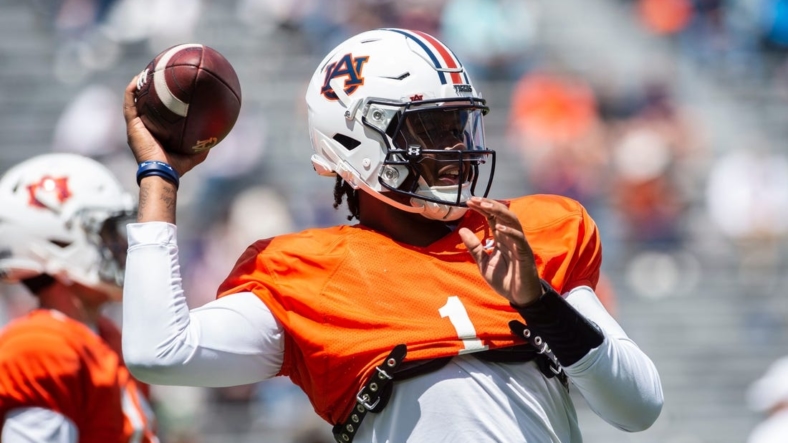 Finley started the last three games last season after the Tigers lost Bo Nix to an ankle injury. Nix transferred to Oregon after the season.

He has been in competition throughout the offseason with Texas A&M transfer Zach Calzada and Oregon transfer Robby Ashford.

Finley impressed head coach Bryan Harsin with his improved command of the offense, per the report.

“Me dissecting his offense all day, every day this spring and this summer has helped me, I think, take my game to the next level,” Finley told 247 Sports this week.

Finley lost his three starts last season by a combined 10 points, including a four-overtime 24-22 setback against Alabama in the Iron Bowl and a 17-13 loss to Houston in the Birmingham Bowl.

The 6-foot-7, 250-pound Finley, who transferred from LSU after the 2020 season, completed 70 of 128 passes for 827 yards with six touchdowns and one interception in nine games for Auburn.

Ashford spent the 2020 and 2021 seasons at Oregon but did not see any game action.