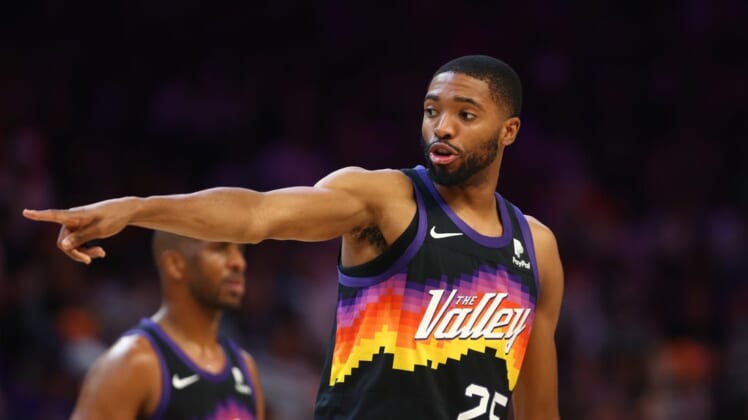 The Phoenix Suns were dealing with a COVID-19 outbreak surrounding their Game 7 loss to the Dallas Mavericks last month, The Athletic reported Wednesday.

Six individuals – including a player – tested positive before and in the aftermath of the Suns’ 123-90 loss to the Mavericks in the Western Conference semifinals, according to the report.

Others indicated they weren’t feeling well ahead of Game 7, which should have initiated testing, per NBA protocol. A league spokesperson told The Athletic that the NBA had no evidence that the Suns ran afoul of the rules.

Rumors of an outbreak within the Suns reached the Mavericks as early as Game 5 of the series, per the report, which also noted that the Suns were forced to conduct their exit interviews between players and coaches over Zoom.