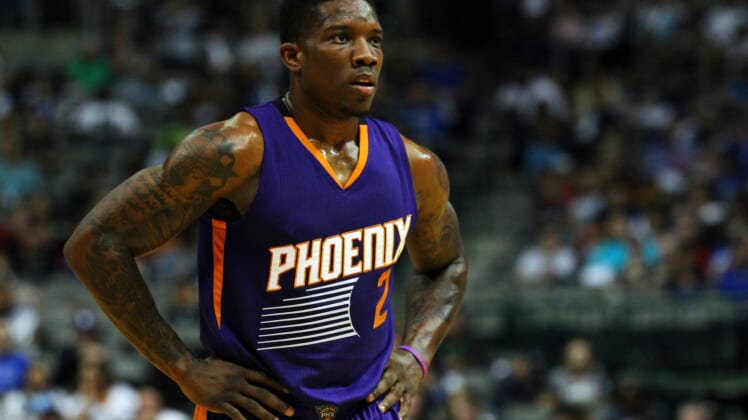 It looks like the Phoenix Suns might have finally swallowed their pride and moved malcontent Eric Bledsoe. According to a report from ESPN’s Zach Lowe and Adrian Wojnarowski, the Suns are finalizing a deal that would send Bledsoe to the Milwaukee Bucks for Greg Monroe, a first-round pick and a second-round pick.

“The Phoenix Suns are finalizing a deal to send guard Eric Bledsoe to the Milwaukee Bucks for center Greg Monroe, a first-round draft pick and a second-round pick,” the two reported.

This is interesting to look at, especially considering Phoenix reportedly asked for reigning NBA Rookie of the Year Malcolm Brogdon in previous conversations. Taking on Monroe and his $17.9 million salary represents much less in return.

For the Bucks, this could ultimately end up being a coup. Considered a potential top-five seed back east, Milwaukee has struggled out to a 4-5 start to the season. Adding Bledsoe’s ability to run an offense and shoot from the perimeter could be big for this team moving forward.

Meanwhile, Phoenix gets draft pick assets and an expiring contract in return. Though, the report does indicate that there would be lottery protections for the first-round pick. It remains to be seen exactly what those would be.