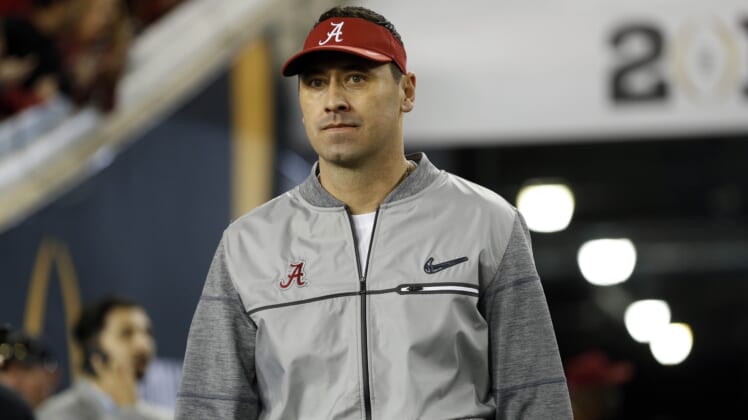 As the Colorado Buffaloes continue to search for a new head football coach, a familiar name has emerged. Current Alabama Crimson Tide offensive coordinator Steve Sarkisian was reportedly one of the people who interviewed for the job this week.

Adam Rittenberg of ESPN shared Thursday morning that Sarkisian was interviewed, along with New York Giants assistant Bret Bielema, and that Air Force coach Troy Calhoun is in the mix as well.

Sarkisian has plenty of experience as a head coach, having spent five seasons leading the Washington Huskies and two years at USC. However, he hasn’t led a program since the 2015 season, having spent the past four seasons as a coordinator at the NFL (Atlanta Falcons) and collegiate levels.

Another person who continues to be mentioned as a potential replacement for Mel Tucker, who bolted to Michigan State last week, is Kansas City Chiefs offensive coordinator Eric Bieniemy. Though, the latest reports indicate that there is no traction in talks at this point.