Stephen Curry won’t play Sunday, Warriors ‘uncertain’ when he will 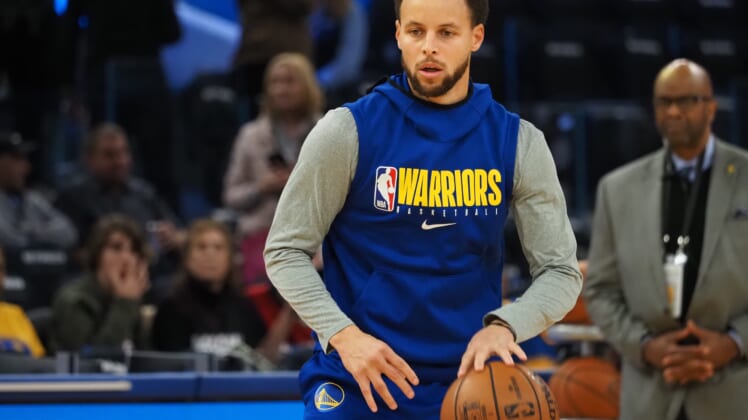 The Golden State Warriors won’t have superstar guard Stephen Curry in the lineup Sunday against the Washington Wizards, after all.

Curry had pointed to March 1 as his target return date, and lately he’s been looking like his normal self in practice.

However, per Shams Charania of The Athletic, the Warriors want Curry to have more practice time, and his target return “is uncertain.” That being said, per Charania, he’s still on schedule for a return at some point in the month of March.

The Warriors announced Curry will be ready “at some point in March.”

In the grand scheme of things, this really isn’t going to make any difference at all. The Warriors’ season is already long gone, and there’s absolutely no reason to push Curry back into the lineup before he’s 100% ready.