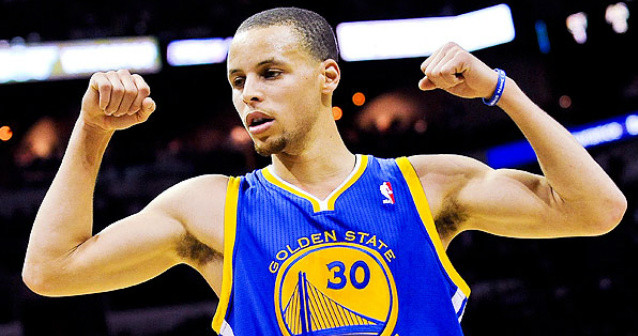 This shouldn’t come as too much of a shock given his individual success on the best team in the NBA. Golden State Warriors guard Stephen Curry will reportedly be named the MVP.

According to CSN Bay Area’s Monte Pool, the official announcement will come later this week, likely between the team’s Game 1 win against the Memphis Grizzlies and its Game 2 outing Tuesday night in Oakland.

The Associated Press reports the trophy announcement will come before Game 2 on Tuesday night.

Warriors guard Stephen Curry will be named the NBA’s Most Valuable Player, a source told Yahoo. Story was first reported by @MontePooleCSN.

The final voting is not yet known, but it’s widely expected that Curry drew stiff competition from Houston Rockets guard James Harden and multiple-time league MVP LeBron James of the Cleveland Cavaliers.

In leading Golden State to a 67-15 regular season record, Curry averaged 23.8 points, 4.3 rebounds, 7.7 assists and 2.0 steals per game. He also shot 44 percent from three-point range and an Association-best 91 percent from the charity stripe.

Curry also broke his own NBA record with 286 successful three-point attempts, the third consecutive time he’s led the league in that category.

While Curry did have a lot of help with a team that boasted the sixth-most regular season wins in NBA history, there’s little doubting just how important he was to the team. Golden State outscored its opponents by 16.6 points per 100 possessions when he was on the court. That number ventured into negative territory when he was resting, mostly with the team up in the final stanza.

In addition to his prowess on offense, Curry turned into one of the NBA’s best back court defenders this year, which is a representation of both his hard work and the presence of new assistant coach Ron Adams.

The feat in and of itself is pretty amazing.

Stephen Curry will be only the second Warriors player to win the NBA MVP award. The other: Wilt Chamberlain of 1959-60 Philadelphia Warriors

When you’re being mentioned with arguably one of the top-five basketball players in Association history, you are doing something right.

Golden State currently holds a 1-0 series advantage against the Memphis Grizzlies in the Western Conference Semifinals. It swept the New Orleans Pelicans in the first round, a series that saw Curry average nearly 34 points per outing.