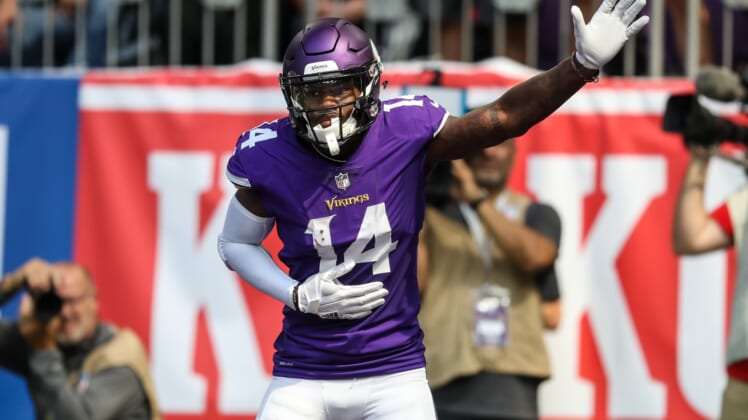 When Minnesota Vikings wide receiver Stefon Diggs missed Wednesday’s practice for non-injury reasons, it led to further speculation that the star wants to be traded.

NFL Media’s Ian Rapoport all but confirmed that in a report Thursday morning. The insider notes that Diggs is frustrated with the Vikings. Teammates wonder whether he still wants to be in Minnesota. Meanwhile, the Vikings are not open to trading him barring a massive offer.

More than anything, it seems that Diggs is frustrated with struggling quarterback Kirk Cousins.

The 25-year-old receiver has caught just 13 passes for 209 yards through four this season season. That comes on the heels of Diggs hauling in 102 passes last season.