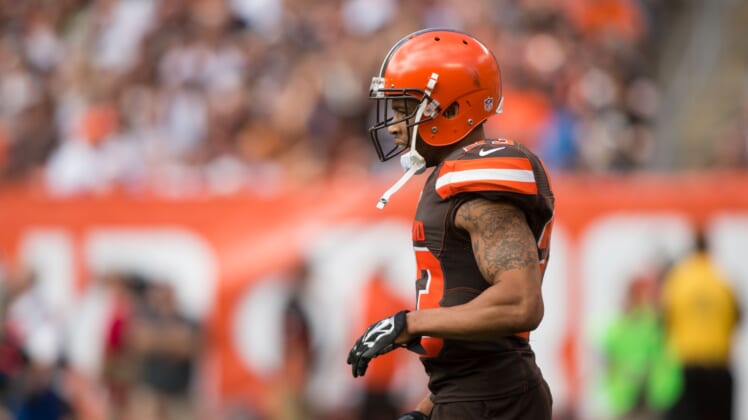 That didn’t take too long. On the very same day that he was released by the Cleveland Browns two-time Pro Bowl cornerback Joe Haden has reportedly signed a three-year, $27 million contract with the division-rival Pittsburgh Steelers.

This shouldn’t come as too much of a surprise, especially considering it was reported earlier on Wednesday that Haden and the Steelers were set to meet.

After earning a Pro Bowl spot in both 2013 and 2014, Haden has seen injuries derail a once promising career. He’s played 18 games over the past two seasons and simply has not been the same player who looked to be of elite status a few years back.

With that said, Haden does appear to be healthy. He also fills a major hole opposite youngster Artie Burns at corner. It definitely doesn’t hurt that Pittsburgh was able to steal the veteran from a division rival after Cleveland was unable to trade the defensive back.