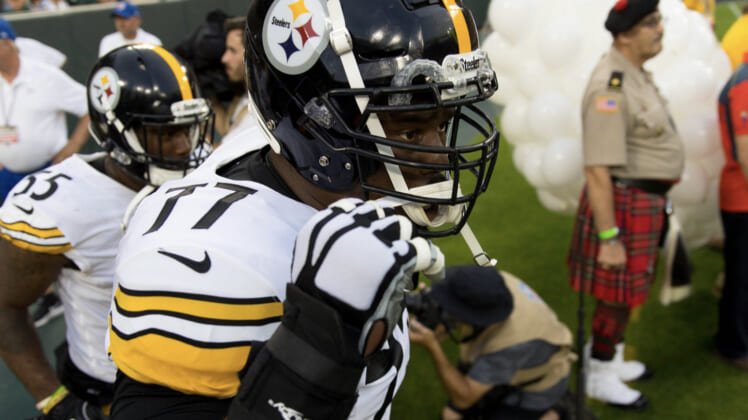 With yet another starter set to be moving on from the Pittsburgh Steelers some time soon, it now looks like the team is going to be parting ways with right tackle Marcus Gilbert.

Gilbert took to social media Friday morning to say his goodbyes to the organization after eight seasons in Pittsburgh.

Immediately after that, ESPN’s Adam Schefter reported that the Steelers were shopping their longtime starting right tackle.

The 31-year-old Gilbert was entering the final season of a five-year, $30.82 million contract. A full time starting since entering the league as a second-round pick from Florida back in 2011, Gilbert has started 87 of the 88 games in which he’s appeared during that span.

Unfortunately, injuries have derailed Gilbert’s career. He’s only played in 12 games over the past two seasons — missing all but five games last year to a knee injury.

If Pittsburgh can’t find a trade partner for Gilbert, the team will more than likely release him. He’s set to count $6.6 million against the cap in 2019. Pittsburgh can save nearly $5 million by releasing the veteran.