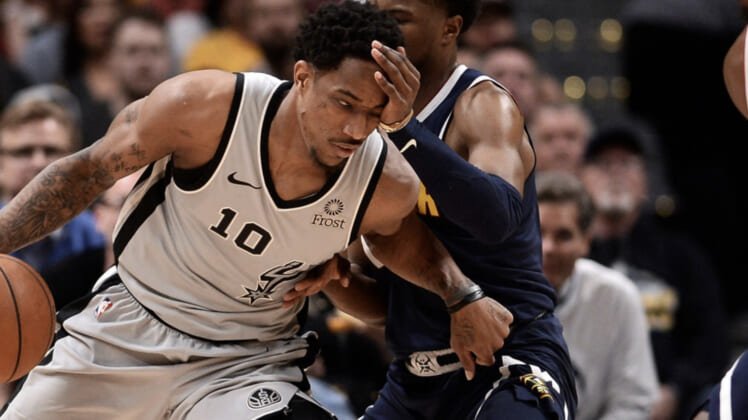 Reports surfaced this past summer that the San Antonio Spurs could move All-Star guard DeMar DeRozan in a trade. While nothing came to fruition on that end before the season, a pedestrian 5-5 start to the 2019-20 campaign could change this.

According to Kevin O’Connor of The Ringer, it’s firmly believed around NBA circles that the Spurs could trade DeRozan ahead of February’s deadline.

“It would surprise none of the front-office executives I’ve spoken with if the Spurs did move DeRozan,” O’Connor reported.

DeRozan, 30, has a player option of $27.7 million for next season. It’s something he’s highly unlikely to exercise given the relatively weak 2020 NBA free agent class and the need for more guaranteed money as the All-Star enters the twilight of his prime.

It’s in this that O’Connor notes that the Orlando Magic are among the teams interested in DeRozan.

“Multiple league sources say the Magic are scouring the trade market for scoring help and have already expressed interest in trading for DeRozan,” the report continued.

Orlando makes some sense in that it needs more firepower in offense to overcome a disastrous 3-7 start to the season. Here’s a team that ranks dead last in the NBA in scoring at 98.1 points per game.

A four-time All-Star, DeRozan is averaging 19.4 points, 4.9 rebounds and 4.9 assists on 49% shooting from the field this season.