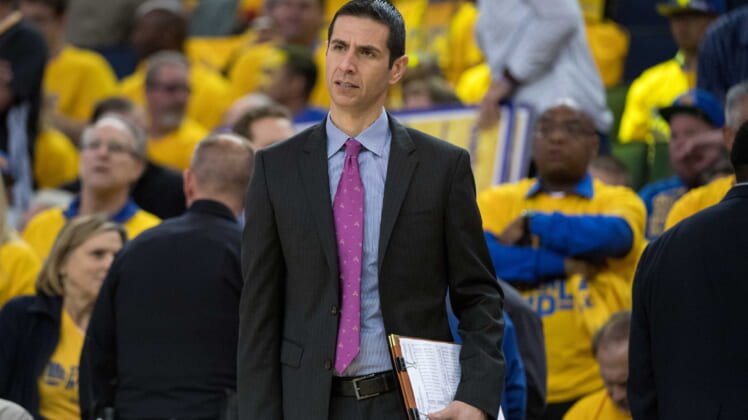 San Antonio Spurs assistant coach James Borrego will reportedly be the next head coach of the Charlotte Hornets, according to Adrian Wojnarowski of ESPN, who notes Borrego is finalizing a deal now for the gig.

Spurs assistant James Borrego is finalizing a deal to become the next head coach of the Charlotte Hornets, league sources tell ESPN.

Borrego has spent two stints as an assistant to Gregg Popovich in San Antonio. A former college player at San Diego, where he got his first coaching gig, he has been coaching in the NBA since 2003 when he first joined the Spurs for an eight-year run in San Antonio.

Borrego now has the tall task of turning around a Hornets franchise that is coming off two straight 36-win seasons under Steve Clifford, who compiled a record of 196-214 in his five seasons in Charlotte.