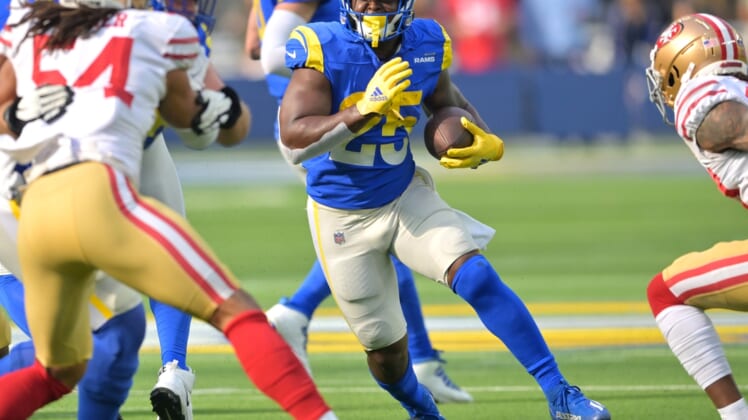 Running back Sony Michel is planning to sign with the Miami Dolphins, ESPN reported Monday.

The 27-year-old free agent spent his first three seasons in New England after the Patriots drafted him in the first round of the 2018 NFL Draft.

He joined the Los Angeles Rams via trade last August and rushed for a team-leading 845 yards with a career-best 21 receptions for the Super Bowl champions.

His most productive season on the ground came as a rookie in 2018, when he rushed for a career-high 931 yards with six touchdowns as the Patriots won Super Bowl LIII.

He instantly becomes the most accomplished runner in the Dolphins backfield with 3,137 career yards and 18 touchdowns on the ground, eclipsing next-best performer Raheem Mostert and his 1,610 yards.