Report: Some NFL refs ‘contemplating’ not working due to COVID-19 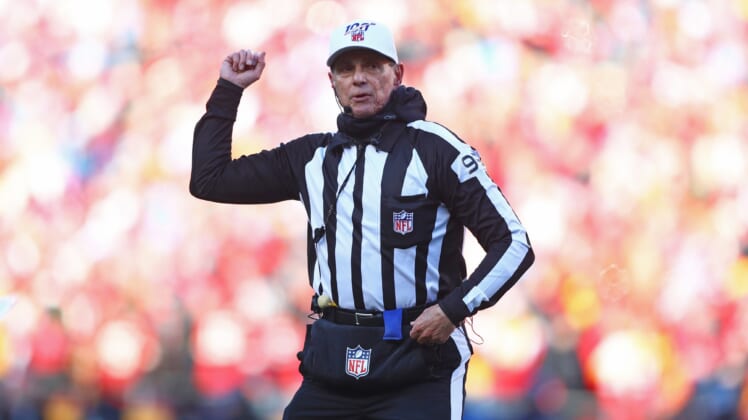 The NFL is preparing for a full 2020 season this fall despite the COVID-19 pandemic. While players and teams will likely be on board with any plan for football, the NFL will also need to account for another crucial party.

Referees play an integral role in the NFL’s success, as we saw in 2012 when the league needed replacements refs amid a labor dispute with officials early in the season. Amid ongoing concern over the coronavirus, especially for those in at-risk groups, the NFL might need to start preparing to find replacement officials once again.

While a majority of NFL players are under the age of 30, most of the league’s referees are over the age of 50. They are also asked to interact with countless players, coaches and league officials before and during an NFL game.

Given people over the age of 45 are at higher risk of contracting the coronavirus and experiencing worse symptoms, it puts the NFL’s referees among the group most at risk when the NFL returns. As a result, it’s led to several questioning whether or not to take part in the 2020 season.

According to Bleacher Report’s Mike Freeman, several referees are at least contemplating not working this season. Many have also raised concerns for their safety and potential exposure to the coronavirus with coaches around the league.

A shortage of referees would create another complication that the NFL likely wants to avoid. The league received a lot of criticism when it used replacement officials in 2012 with the pressure, ultimately forcing them to reach an agreement with the NFL Referees Association.

It would certainly be in the league’s best interest to account for all of its essential employees during this pandemic. While it might take additional time and potentially even money to ease the concerns of referees, it might be worth it in the long run.