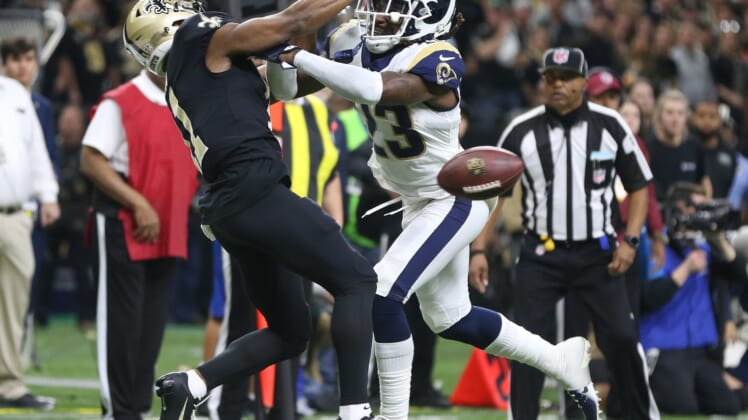 The story that won’t go away any time soon is only getting juicier by the day, it seems.

Four of the NFL refs that botched the obvious pass interference/helmet-to-helmet call near the end of the NFC Championship Game have ties to Los Angeles, ESPN’s Adam Schefter reported on Sunday, and that has some around the league concerned.

Schefter reports the Saints and NFL do not believe there was necessarily any funny business going on between those four refs and the Los Angeles Rams.

However, he notes, “in a league constantly trying to safeguard the integrity of the game, there are some privately wondering how four officials with Southern California roots wound up officiating a conference championship game that involved a Los Angeles team.”

“The NFL put [itself] in a bad situation,” one officiating source told ESPN. “This is stuff that has to be taken care of prior to game. It’s just guys not thinking of what’s going on, nobody doing their checks and balances. The league is usually pretty much on top of it. This is one that slipped through the cracks.”

There’s no disputing the NFL messed this up in a catastrophic way — both in terms of having four Los Angeles-based refs doing the game and then of course on the non-call itself.

There have been calls for the NFL to replay the final minutes of regulation. A Louisiana Senator actually debated the ill-fated play on the floor of the United States Senate.

While there’s no chance the league will give in to those demands, clearly this is an issue that is resonating with many people.