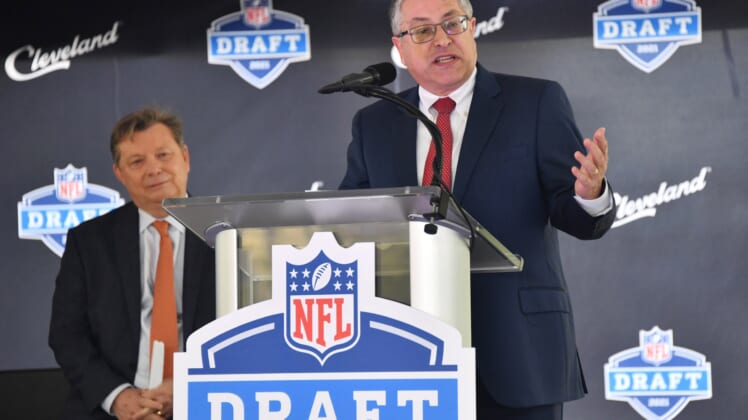 The NFL has forged ahead with plans to put the 2020 NFL Draft on during the COVID-19 pandemic, despite general managers making it clear they wish it would be delayed. This year’s draft is on as scheduled (at this point), with the first round to take place on April 23 with the entire thing to be done virtually due to the stay-at-home orders in most states.

However, as noted by ESPN’s Adam Schefter on Wednesday, there is “a concern” that could derail the entire process.

Schefter wrote that “There are certain coaches and front-office staffers reluctant to have their IT employees in their homes for fear of the virus spreading, and vice versa; some IT employees are concerned about going into other homes to equip them for the draft.”

This is a logical concern, and quite honestly the notion of people going into other people’s homes to set up equipment goes against the CDC’s own guidelines — “Stay at home as much as possible.”

Barring extreme circumstances, people aren’t supposed to be going into other homes during this health crisis.

Additionally, the NFL has already seen its share of COVID-19 cases, and tragically it has lost a legend in the process. So, it’s not surprising to hear that some in the league are not excited about exposing themselves and their families to this deadly virus.