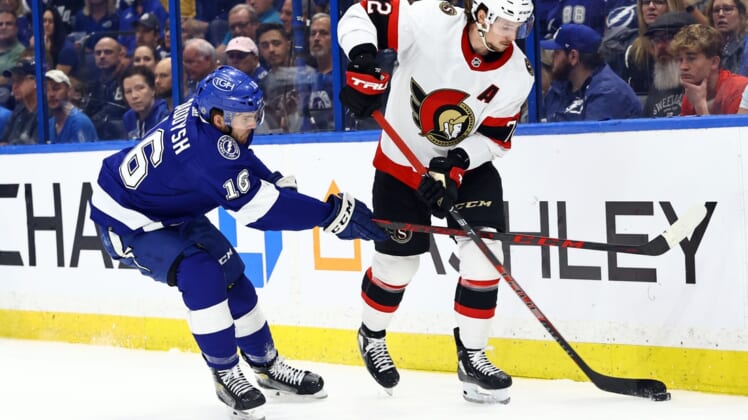 Ottawa Senators defenseman Thomas Chabot is out for the season with a broken hand, the Ottawa Sun reported Thursday.

Chabot was favoring his right hand when he departed in the second period of Wednesday night’s 4-1 loss to Columbus, shortly after a hit into the boards by Blue Jackets forward Sean Kuraly.