Report: SEC will not stop Alabama from hiring Hugh Freeze 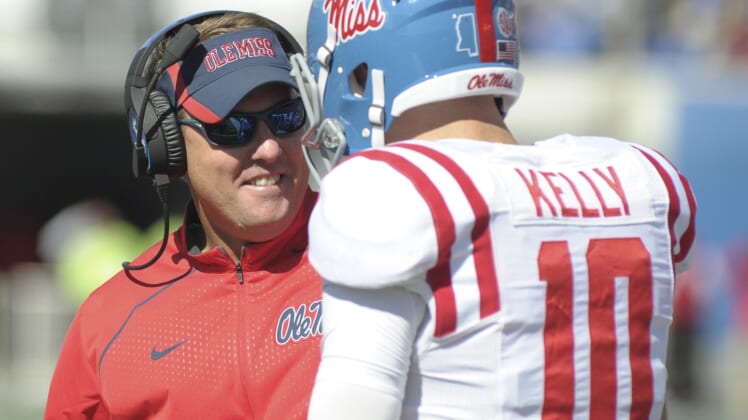 While Freeze to the Crimson Tide is nowhere near done, this report from CBS Sports suggests that the SEC will not block Alabama from hiring hiring Freeze, who appears to be head coach Nick Saban’s first choice.

Freeze coached Mississippi from 2012-16, leading the program to four bowl appearances in his five seasons manning the sideline. Though, his tenure in Oxford came to a conclusion this past July after multiple NCAA violations ultimately placed the team on probation. In the end, Freeze was forced to resign or the program would have fired him.

It goes without saying that Freeze would be a good hire from a coaching perspective. But he brings a ton of baggage to the mix. Whether Saban is willing to overlook that remains to be seen. But history suggests it won’t be a huge problem for him.