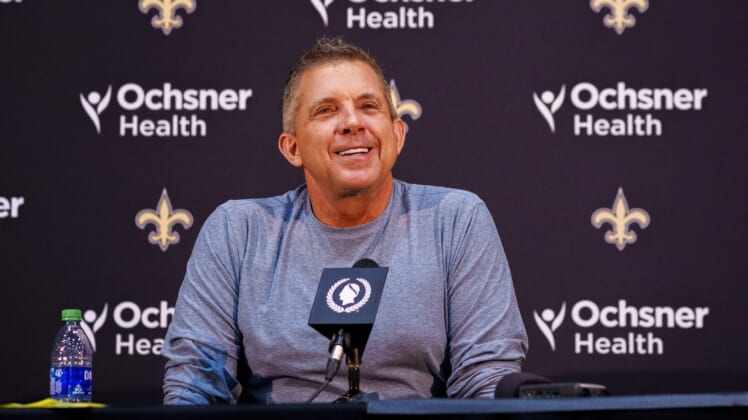 Payton has been linked to Fox since late April. He also reportedly was talking with Amazon about a role in their new “Thursday Night Football” programming.

It’s unclear what Payton’s exact role will be, but he will appear in studio on off days for Jimmy Johnson, per the PFT report.

The New York Post previously reported Payton was in negotiations to appear on both the network’s Sunday morning show as well as its pregame show.

Speculation is that Payton will do TV for one year before returning to the NFL as a head coach in 2023.

Payton stepped down as coach of the Saints in January after 15 seasons. He compiled a 152-89 record in 15 regular seasons and a 9-8 mark in the playoffs. He was suspended for the 2012 season over his role in the “Bountygate” scandal. Payton led the Saints to the Super Bowl championship in the 2009 season.

Payton said then he wasn’t retiring from coaching.

“I don’t like the word retirement,” Payton said in January. “I still have a vision for doing things in football, and I’ll be honest with you, that might be coaching again at some point. I don’t think it’s this year … that’s not where my heart is right now.”