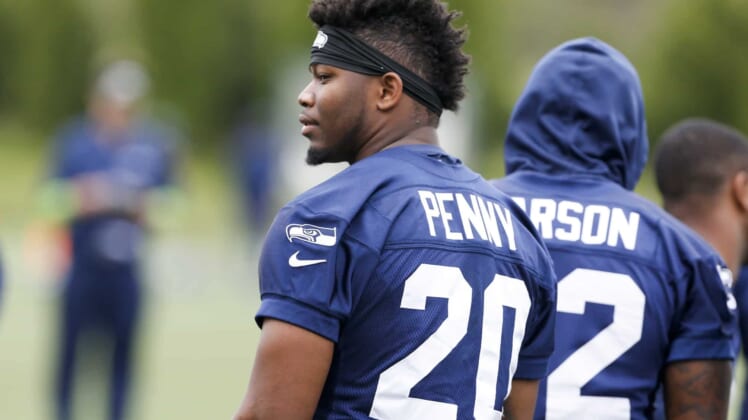 On Monday, Seattle Seahawks running back Rashaad Penny left practice early, and now we know why.

According to Bob Condotta of the Seattle Times, Penny “suffered a hand injury that includes a broken finger” and is expected to miss some time. Exactly how much time Penny will miss isn’t yet known, per Condotta.

Penny hasn’t exactly sparkled since being selected No. 27 overall — a shocking pick that was widely ridiculed — by Seattle out of San Diego State.

He’s been relegated to second string as Chris Carson has emerged as the starter, and his performance in the team’s first preseason game wasn’t great. In that game, Penny totaled just 23 yards on 10 touches and averaged two yards per carry.

It’s likely that Mike Davis, who did have a strong showing last week, will be the backup to Carson at this time until Penny is able to make a return to the lineup.