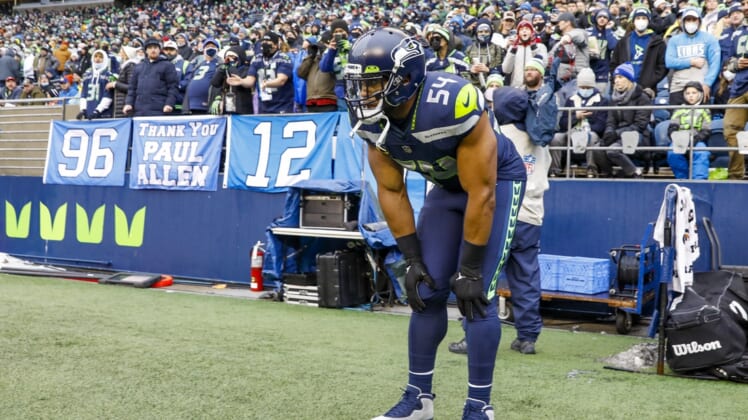 Seattle Seahawks linebacker Bobby Wagner is reportedly done for the season after spraining his knee on the first defensive snap of Sunday’s win against the Detroit Lions.

NFL Network said Monday that the eight-time Pro Bowl selection suffered MCL and PCL sprains but avoided any major damage that would have required surgery.

The Seahawks (6-10) will close out a disappointing season on the road Sunday against the Arizona Cardinals (11-5).

Wagner, 31, slipped while defending a screen play and fell awkwardly. He walked off the field under his own power and later attempted to check back into the game, only to be sent back to the sidelines. He did not return as Seattle cruised to a 51-29 win.

Wagner finishes the season with a franchise-record 170 tackles, one sack, one interception and one forced fumble in 16 starts.

He has started 150 of his 151 games since the Seahawks drafted him in the second round in 2012. The six-time All-Pro has made the Pro Bowl in each of the past eight seasons.

Wagner has one year remaining on a three-year, $54 million extension signed in July 2019.