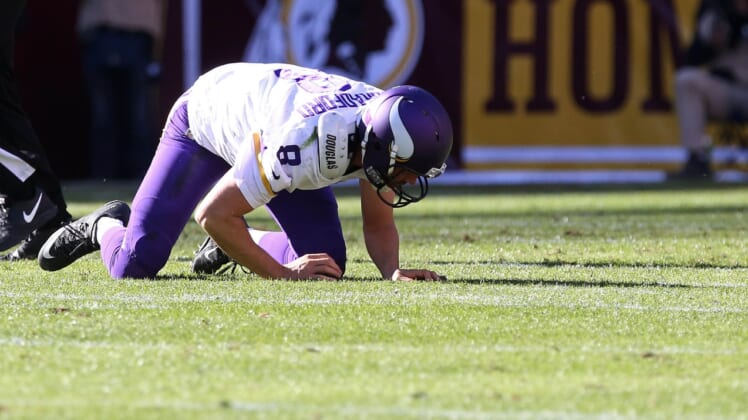 We all saw how Sam Bradford looked in his return to the field Monday against the Chicago Bears. It was bad. Really bad. That’s not to say the Minnesota Vikings’ starting quarterback isn’t capable of performing well. Instead, it was all about the knee injury that cost him the previous three games.

Bradford would go on to complete 5-of-11 passes for 36 yards before Case Keenum took over under center immediately prior to halftime. Now, still dealing with the knee injury, Bradford will miss this week’s game against the Green Bay Packers.

Unfortunately for the former No. 1 overall pick, that’s not the extent of it. According to Fox Sports NFL insider Jay Glazer, Bradford’s bum knee could be a career ender.

Glazer went on to note that Bradford is going to have to make a decision here soon on his future. The wear and tear on his knee might simply be too much for the quarterback to overcome.

Remember, Bradford missed the entire 2014 season with a torn ACL. Considering he’s been slow to recover form this latest injury, that has to be a major concern.