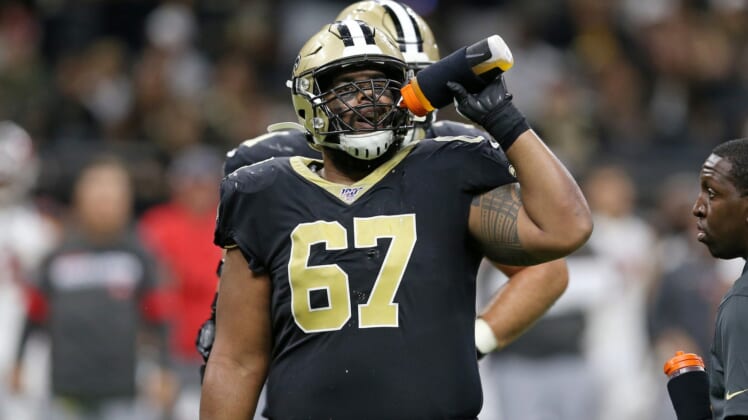 The New Orleans Saints surprised many in the NFL when they drafted offensive lineman Cesar Ruiz with the No. 24 pick in the 2020 NFL Draft. Just a few weeks later, the Saints are now parting ways with one of their best offensive lineman.

According to NFL Network’s Ian Rapoport, the Saints cut offensive guard Larry Warford on Friday. The 28-year-old joined the Saints in 2017 and became an instant star, earning a Pro Bowl selection in each of his past three seasons.

Warford, a third-round pick in 2013, started his career with the Detroit Lions. After a strong start to begin his NFL career, he found a home in New Orleans and emerged as an integral piece for protecting Drew Brees. Across his first seven seasons in the NFL, Warford has started in 101 games.

By cutting Warford, the Saints create more than $5 million in cap space. The move will also allow the team to start Ruiz immediately as a rookie and solidifies their offensive line as one of the most athletic in the NFL.

Warford will instantly become one of the most coveted players available in free agency. Given his age, talent and durability, it wouldn’t be surprising to see Warford land a sizable deal for a team that is desperately in need of help along the interior offensive line.