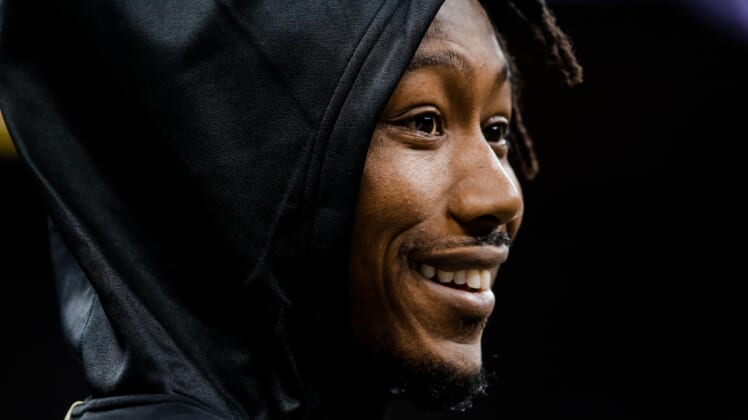 This could very well be the end of the line for six-time Pro Bowl wide receiver Brandon Marshall. Mere weeks after signing him off the streets, the New Orleans Saints have released the 34-year-old pass catcher.

The Saints have released WR Brandon Marshall, per source.

This move comes after Marshall was previously let go by the Seattle Seahawks and with him not playing a single snap for the Saints.

A fourth-round pick of the Denver Broncos back in 2006, Marshall has accumulated eight 1,000-yard seasons. He also led the NFL with 14 touchdown receptions as a member of the New York Jets back in 2015.

But he’s fallen off the map in recent seasons — having recorded just 290 yards in 11 games dating back to the start of the 2017 campaign.

It sure looks like Marshall’s long and successful NFL career is now over.