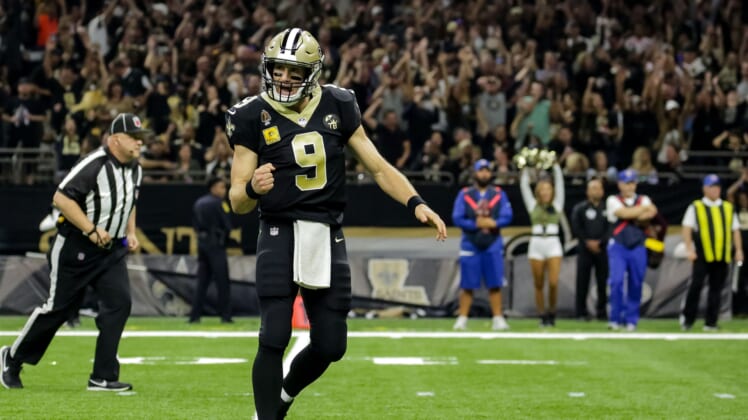 It’s not yet known when future Hall of Fame New Orleans Saints quarterback Drew Brees will return from the hand injury he suffered during Sunday’s loss to the Los Angeles Rams.

What we do know is that Brees will undergo surgery Wednesday in Los Angeles after receiving a second opinion.

As the report notes, there will be no timetable for Brees’ return to action until after the surgery is completed.

A 19-year NFL veteran, Brees has started 15-plus games each of the past 15 seasons. This is obviously a streak that’s going to end in 2019.

With Brees sidelined, the Saints are expected to start Teddy Bridgewater. He struggled big time in taking over for the injured starter during Sunday’s loss to the Rams.