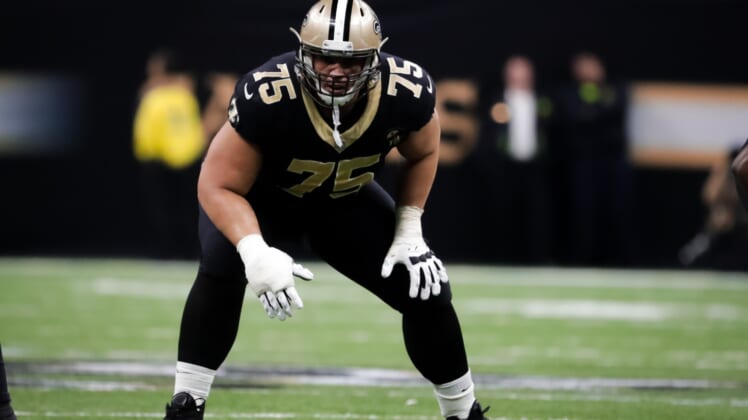 Fresh off a humiliating loss to the previously one-win Atlanta Falcons, the New Orleans Saints have suffered an even greater loss.

According to ESPN’s Adam Schefter, Pro Bowl guard Andrus Peat suffered a broken arm in the game and is expected to miss six weeks.

This is an absolutely massive blow for a Saints team still in contention for home-field advantage in the NFC Playoffs heading into Week 11.

Peat, 26, has been among the best interior linemen in the game since New Orleans made him the No. 13 overall pick back in 2015. He’s started all but one game he’s appeared in since the start of the 2016 season and is coming off a Pro Bowl campaign.

This means the Stanford product will likely miss New Orleans huge Week 14 matchup against the San Francisco 49ers. That game could very well decide which city the road to the Super Bowl goes through in the NFC.