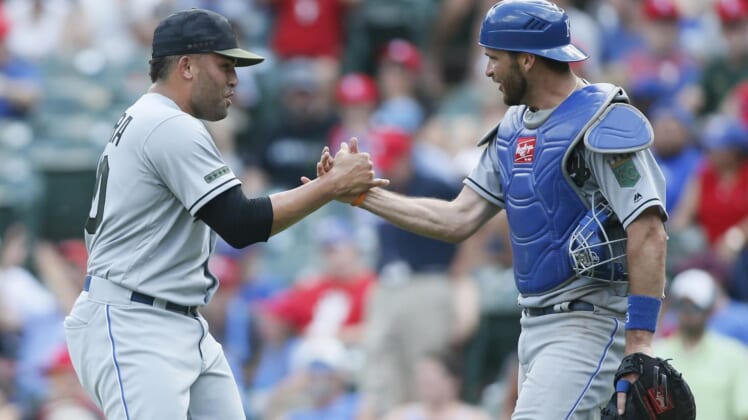 One of baseball’s best relievers is on the move. According to a report, the Washington Nationals have acquired Kansas City Royals closer Kelvin Herrera.

Source confirms Kelvin Herrera has been traded to the Nationals. @JonHeyman had it close, @JeffPassan had it done first.

Jon Heyman of FRS noted that Kansas City will receive top prospects. Although Juan Soto and Victor Robles will remain in the Washington organization.

Nats will get Herrera for a couple minor leaguers/prospects from royals. not soto/robles, but good ones.

Washington’s bullpen is better than we’ve seen in recent years. Nats relievers rank 12th in the league with a 3.74 ERA. So, while it hasn’t been as bad as we’ve seen, there’s a lot of room to improve. Herrera figures to be a sizable upgrade.