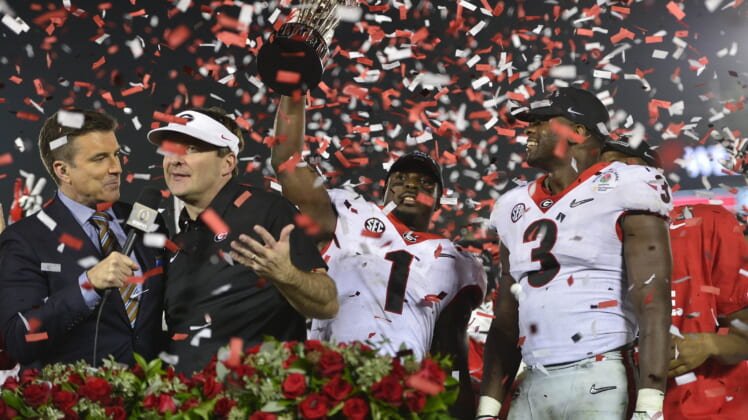 The incredible linebacker out of Georgia, Roquan Smith, has declared for the 2018 NFL Draft, foregoing his senior season in college.

Roquan Smith has declared for the NFL draft. Story coming.

Smith declared his intentions Monday at the University of Georgia, per dawgnation.com.

“I think back to growing up in Macon County and all the family and community people of my hometown that provided so many opportunities.  The teachers who educated me, the coaches who taught me how to play the games, and those who taught me how to play football all contributed to where I am today. And I can’t believe how fortunate I have been to be part of the Georgia Bulldog family these past three years.  I owe so much to the Athletic Association, our academic staff, student services, and the University faculty and administration for the environment in which I’ve been able to grow.

“I’m so grateful for my teammates who have always supported me every step of the way.  And no thanks are enough for the coaches and staff who have provided the leadership, inspiration, and tireless hours in helping me develop as a player but also as a man. What we accomplished this year is only the beginning of what’s to come for this program.  I’m proud to be a part of the foundation that Coach Smart is building on and his leadership and direction are going to bring many more great times and memories to the Bulldog Nation.

“As you know this is somewhat of a crossroads for me. I’ve had discussions with coaches and family and a lot of thought and prayer. The decision to leave is not easy but I know it is the right one.  Georgia will always be my school and my home and I sincerely wish all the best to the coaches, staff, and players as they continue to reach higher goals in the years to come.”

Smith figures to be a top-10 pick this upcoming April. He’s an outstanding linebacker who combines sideline-to-sideline speed with elite instincts, an attacking mentality and a very high football IQ. Anyone who’s spent time watching this young man play has been wowed by his ability to diagnose plays before they unfold, then arrive at the ball carrier before anything can develop.

In three seasons at Georgia, Smith racked up 252 tackles, 20.5 for a loss, 6.5 sacks, one forced fumble and one fumble recovery.