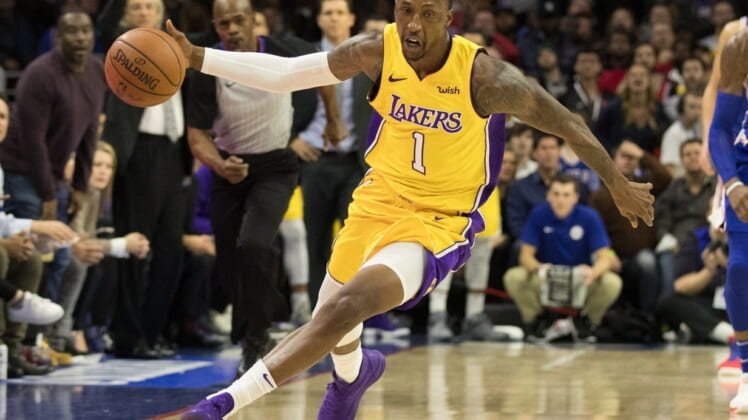 The Phoenix Suns and Los Angeles Lakers are currently engaged in discussions that would send veteran forward Trevor Ariza to team up with LeBron James in Southern California.

Signed to a huge one-year contract this past summer, the 33-year-old Ariza is just the type of player Los Angeles could use as it looks to be a true championship contender as the season progresses.

We’re now hearing more about this potential trade. According to Shams Charania of The Athletic, the struggling Houston Rockets are looking to add Kentavious Caldwell-Pope from the Lakers, making this a potential three-team trade.

Both KCP and Ariza are earning $12-plus million this season. Each is set to become a free agent following the 2018-19 campaign. For the Lakers, it’s seemingly all about fit. Does Magic Johnson and Co. think Ariza is a better fit with LeBron than KCP? Based on this report, the answer to that question seems to be a resounding yes.

Ariza is averaging 9.8 points, 5.5 rebounds and 3.3 assists per game for the league’s worst team. Surely, the Suns would like to move his contract and get some assets in return.

From a Rockets perspective, the status quo obviously isn’t working. Houston heads into Thursday’s action with the second-worst record in the Association. At the very least, KCP would act as an upgrade on defense.