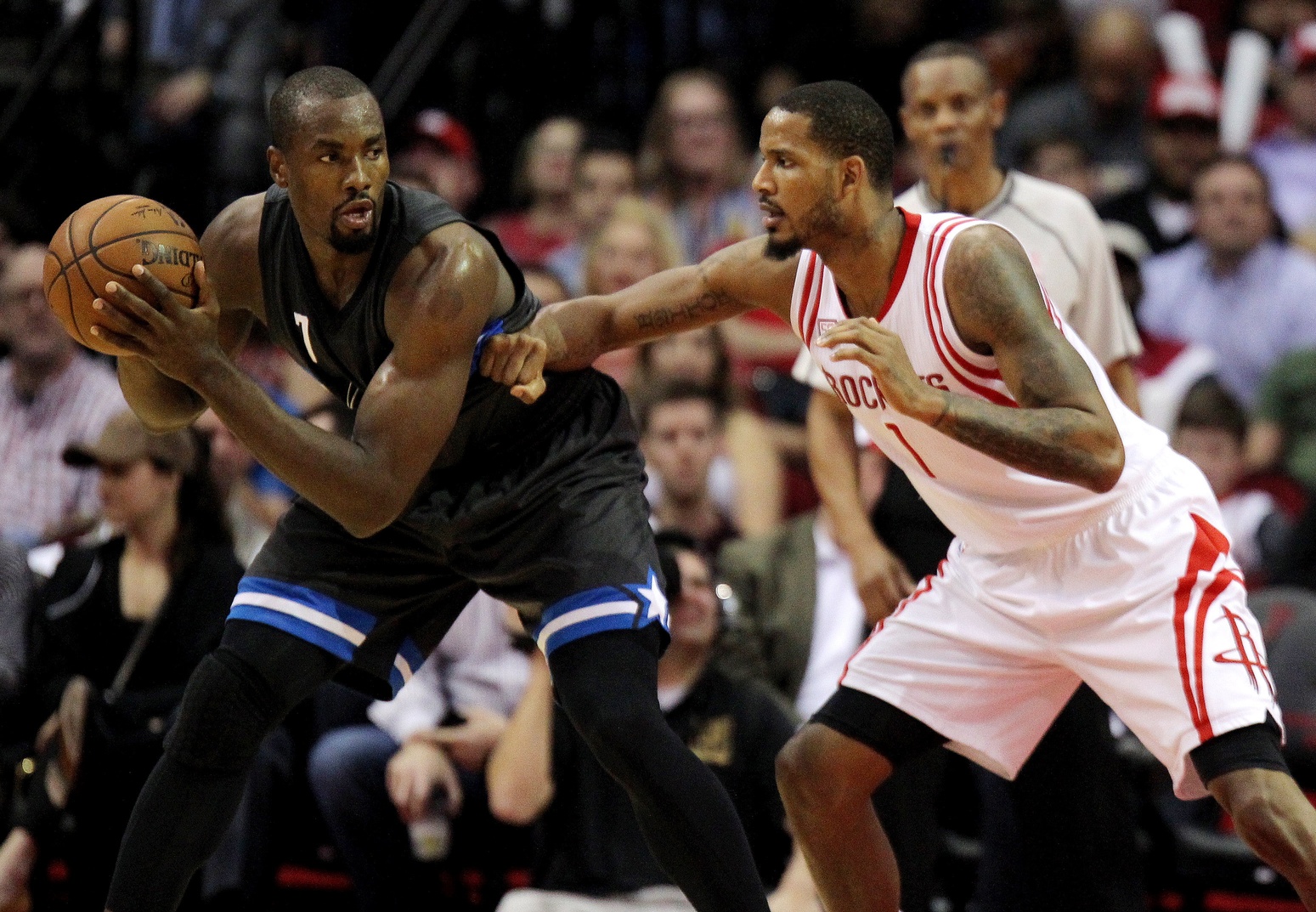 “There is also some interest in Orlando power forward Serge Ibaka, who is apparently is on the trade block,” writes Calvin Watkins of ESPN, who explains, “Ibaka would bring a defensive presence and another shooter that could fit into Mike D’Antoni’s offense.”

Watkins also notes the Rockets have explored a trade with the Cleveland Cavaliers for Mike Dunleavy Jr. but that those talks fizzled. The team is also taken a look at adding free agent guards Mario Chalmers and Jarrett Jack but has yet to make a move.

Harden’s ability to do it all from the one or two spot gives Houston plenty of flexibility, but there can be no doubt adding another shooter would only aid the team’s ability to compete against the likes of the San Antonio Spurs and Golden State Warriors.

Adding a guy like Ibaka, who not only can shoot from the perimeter but who can penetrate inside and play solid defense in the paint, seems to be a better option than landing another guard or small forward.

The issue, of course, is one of compensation. Ibaka is due $12.25 million next year, and is one of the better big men in the NBA. Orlando will want plenty in return for their star power forward, and it remains to be seen if Houston would accede to their demands.