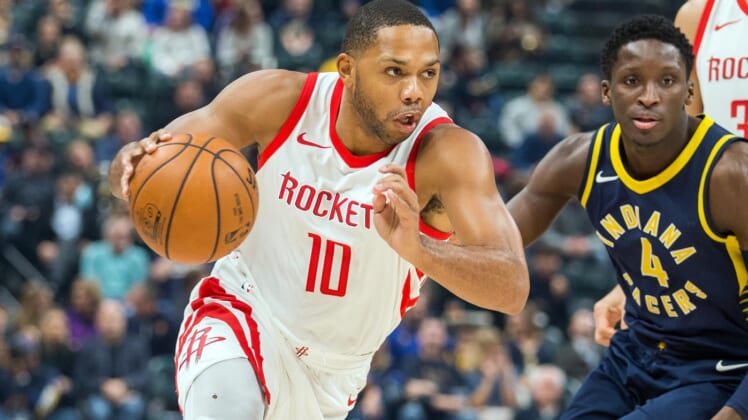 Despite playing in Monday night’s win over the New Orleans Pelicans, it’s become pretty obvious that Houston Rockets star guard Eric Gordon has been hampered with a knee injury this season.

According to Shams Charania of The Athletic, Houston fears said injury could require surgery — sidelining Gordon for at least one month.

Gordon returned to form Monday night, hitting on 6-of-11 shots while scoring 17 points. That followed a brutal 3-of-9 shooting performance against the Chicago Bulls over the weekend.

If the veteran is indeed sidelined here over the short term, it would certainly put into question Houston’s depth behind Russell Westbrook and James Harden in the back court.

The veteran is averaging 10.9 points and shooting just 31% from the field this season. Getting his knee right for later in the season has to be the top priority here.