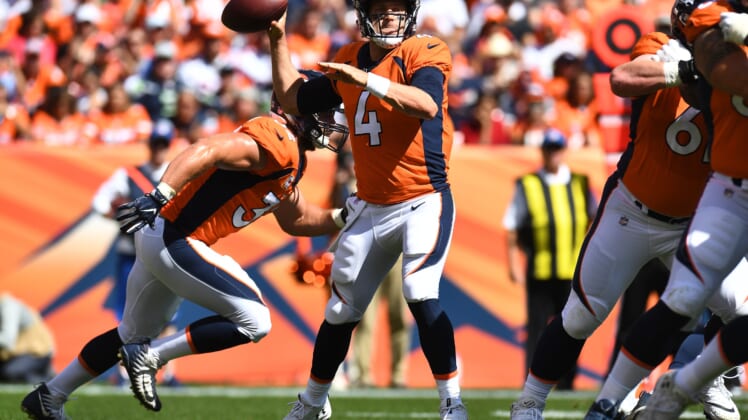 After finishing the 2018 season with a fourth-string quarterback, the Washington Redskins are reportedly working on a trade for Denver Broncos quarterback Case Keenum.

Sources: The #Redskins and #Broncos are working a trade for QB Case Keenum to land in Washington. Issues to work out, but both sides are motivated to make this happen.

The Broncos ridding themselves of Keenum does not come as much of a surprise considering the team recently traded for former Ravens quarterback Joe Flacco.

As for Washington, the Redskins were in desperate need for a depth at the quarterback position. It has already been confirmed that Alex Smith will miss the entire 2019 season as he recuperates from a severe leg injury he suffered last November.

Keenum will arrive to D.C. after finishing an underwhelming season that saw him produce a 6-10 record while throwing for just 18 touchdowns and a whopping 15 interceptions.

Update: The exact details of the trade have been reported.