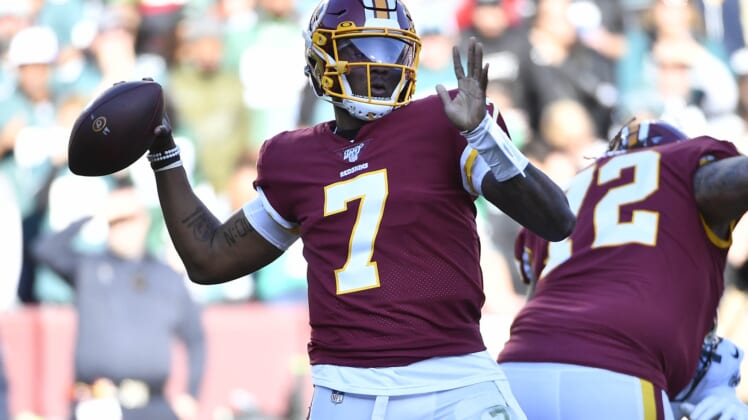 The Washington Redskins had the NFL world buzzing this past week with reports that they could move on from quarterback Dwayne Haskins. It now appears that was just smoke, with the organization still invested in its 2019 first-round pick.

Haskins is still viewed as the quarterback of the future within Washington’s organization, per The Athletic’s Dane Brugler. While the Redskins will entertain offers to trade down from the No. 2 overall pick, they are expected to stay put and draft Haskins’ former Ohio State teammate Chase Young.

Haskins struggled in his rookie season after being selected with the No. 15 pick. He completed only 58.6% of his pass attempts and posted a 76.1 quarterback rating in nine games.

However, he also played behind one of the worst offensive lines in the league and dealt with an underwhelming coaching staff. He will have a better cast of coaches around him in 2020 and the Redskins are expected to bolster their offensive line this offseason.

The best decision for the organization is to stick with Haskins for another season and to draft Young. He is a generational talent and could have a Nick Bosa-caliber impact in his rookie season.

If Haskins shows improvement, the Redskins are set at the two most important positions in football. If the young quarterback struggles again, Washington can draft a quarterback next year.