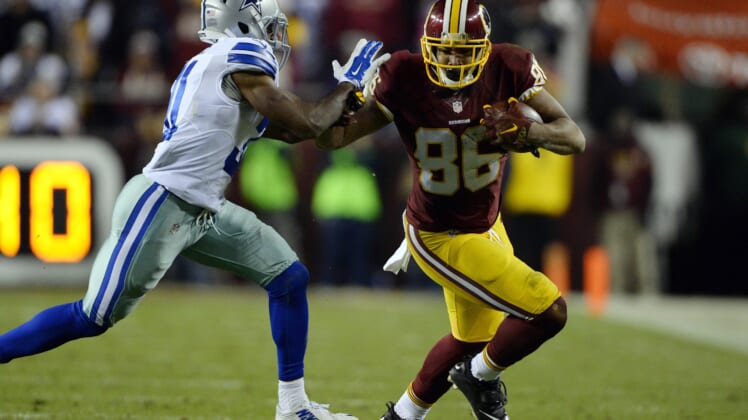 The Washington Redskins are not showing patience when it comes to injured former Pro Bowl tight end Jordan Reed.

Reed, 29, missed all of last season after suffering a devastating concussion during the exhibition slate.

According to John Keim of ESPN, Reed has been cleared from the concussion protocol. That’s the good news? Unfortunately for the injury-plagued veteran, that means the Skins are going to release him soon.

Even after suffering through the impact of the above-mentioned concussion, Reed still wants to play. He’ll obviously have some interest from teams looking to sign the former Pro Bowler to a prove-it deal.

As for Washington, this is a clear indication that the team will be looking for a tight end during the spring. Fellow veteran Vernon Davis just recently announced his retirement.

The Skins also missed out on Greg Olsen, who ended up signing with the Seattle Seahawks after visiting the nation’s capital earlier in the month.

Washington will save $6.7 million against the cap by releasing Reed.