Report: Redskins planning to hire a GM after 2020 NFL Draft 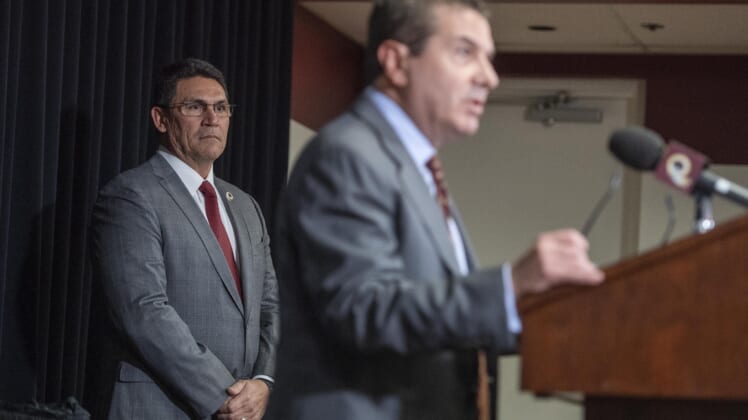 After making significant organizational changes to begin the offseason and hiring head coach Ron Rivera, the Washington Redskins are reportedly moving forward with their offseason preparations without a general manager for the next few months.

According to ESPN’s Adam Schefter, Washington now plans to wait until after the 2020 NFL Draft concludes before hiring a general manager. Part of Washington’s reasoning is that it already has people in place to scout and run the front office until the conclusion of the draft.

Of course, as Schefter reports, the same personnel in the front office will have their jobs in jeopardy when the draft is over. More personnel turnover is expected, especially after Washington hires a new general manager and that hire brings in their own people,

The Redskins took a major step forward this offseason after owner Daniel Snyder parted ways with team president Bruce Allen, whose decisions running the team and in the draft set this team back for years.

While a new general manager would certainly like to take advantage of Washington’s draft capital, including the No. 2 overall pick, it appears the Redskins will keep their current structure in place for the time being.