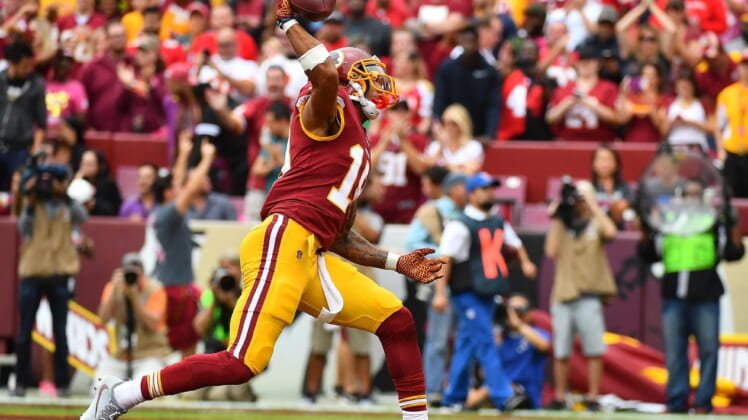 The Washington Redskins have some major holes at wide receiver entering the 2019 season. Primarily, the receivers atop their depth chart are all unproven.

That includes former first-round pick Josh Doctson, who has recorded all of 81 catches for 1,100 yards in three seasons.

According to this report, Washington has been attempting to trade the draft bust over the past two years and could potentially release him ahead of Week 1 if a trade partner doesn’t emerge.

The No. 22 pick in the 2016 NFL Draft, Doctson has caught just 50 percent of the passes thrown in his direction over the course of his three-year career. He’s also missed a combined 15 games to injury during that span.

A change of scenery could work wonders for the former TCU standout. He’s still only 26 years old and has some upside. Whether that means teams will coming calling ahead of Week 1 remains to be seen.