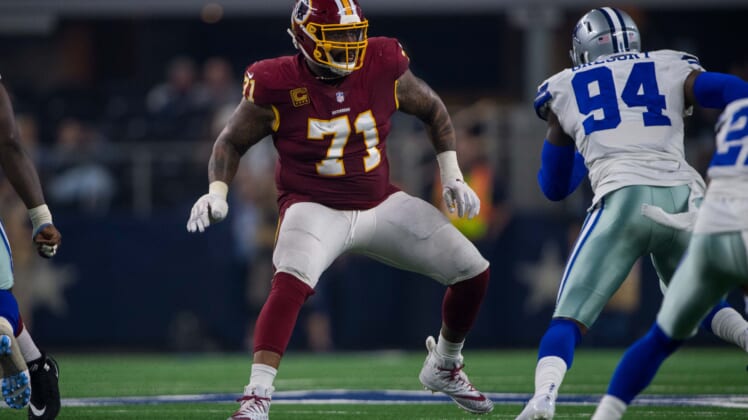 A change in leadership might have solved some of the biggest problems in Washington. The Washington Redskins reportedly now believe there is a strong chance Pro Bowl left tackle Trent Williams returns to the team next season, per The Washington Post’s Mark Maske and Les Carpenter.

Redskins head coach Ron Rivera has been pushing this offseason to convince Williams to return to the Redskins for the 2020 season. Now after sitting out the entire 2019 season over a myriad of issues with the team, a reunion that seemed impossible could now be likely.

Williams revealed this past season that he was diagnosed with a cancerous growth a few years ago, which the team did nothing about until months later. The Redskins fought back publicly, which led to the NFL Players’ Association blasted the NFL Network for spreading misinformation about Williams.

Now with the former regime out of town, new voices within the organization might be close to convincing Williams to return. If he does, it would be a monumental boost for an offensive line that desperately needs help.