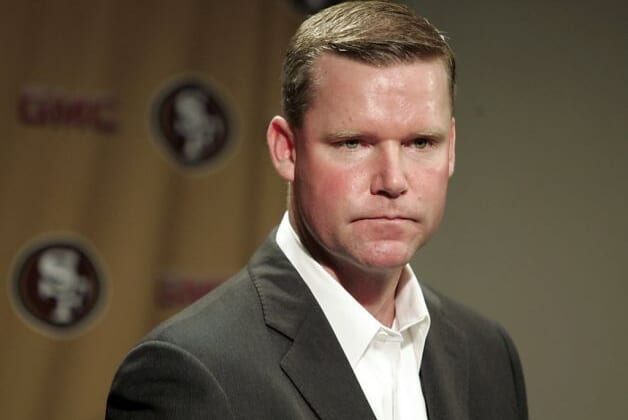 Washington Redskins owner Daniel Snyder is currently deep in negotiations with Scot McCloughan to be the team’s new general manager. McCloughan has reportedly already agreed to take the position and is just working on negotiating the details, per NFL Media’s Albert Breer.

Former Seattle Seahawks running back and current NFL Network analyst Michael Robinson was the first to report the news.

McCloughan spent much of the past decade in the NFC West, where he was a key piece in building up the San Francisco 49ers and Seattle Seahawks. The two teams have combined to reach four NFC Championship Games and two Super Bowls in the past four years. McCloughan left the Seahawks in 2014 citing “personal matters,” although later information came out about his DUI and major alcohol abuse problems.

Despite these issues, McCloughan is regarded as one of the best young talent evaluators in the game. He will have quite a challenge on his hands rebuilding the mess in Washington D.C.