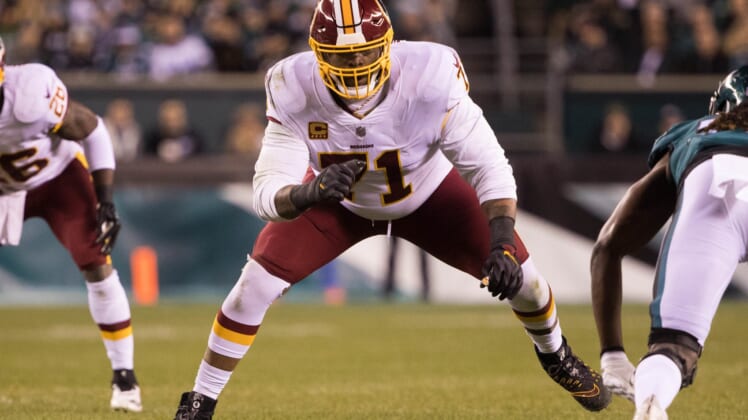 The Washington Redskins gave seven-time Pro Bowl left tackle Trent Williams permission to seek out a trade earlier this month. That came after the future Hall of Famer sat out the entire 2019 season due to a holdout.

While Williams himself was said to be asking the Skins for quarterback money ahead of the team putting him on the block, we now have more clarification on the situation.

ESPN’s Josina Anderson reported Saturday morning that Washington’s asking price of a second-round pick might not be firm. It is willing to work with teams to get Williams out of D.C. At issue here is the veteran’s contract demands.

From Williams’ perspective, it makes sense that he wants to be among the highest-paid left tackles in the NFL. Here’s a dude that earned seven consecutive trips to the Pro Bowl prior to sitting out last year.

Williams’ current contract calls for an average annual salary of $13.6 million, the seventh-highest total in the NFL among left tackles. Even at 31 years old, he’s worth more than that.

It’s something to watch as free agency gets going around the NFL in the matter of days.