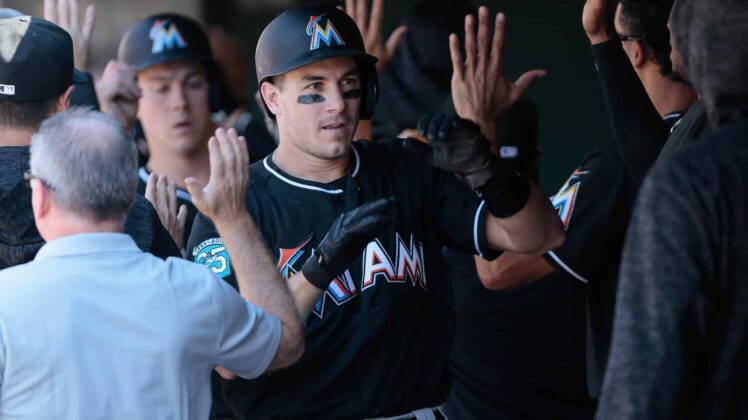 The Cincinnati Reds have joined roughly half of MLB teams in showing interest in All-Star Miami Marlins catcher J.T. Realmuto, according to insider Craig Mish.

Sources indicate the Cincinnati Reds have jumped into the Realmuto talks. Could be moving up into the candidates to acquire him.

Given that most believe the Reds’ focus should be on starting pitcher this winter, this is an interesting development. But it does show the team’s belief that it can contend this coming season.

According to Mish, No. 2 prospect Taylor Trammell would likely head to Miami in any trade involving Cincinnati landing Realmuto.

One of the best catchers in the game, the 27-year-old Realmuto hit .277 with 21 homers, 74 RBI and a .340 OBP for Miami last season. He’ll be traded this winter. It just remains to be seen who will land the prized backstop.