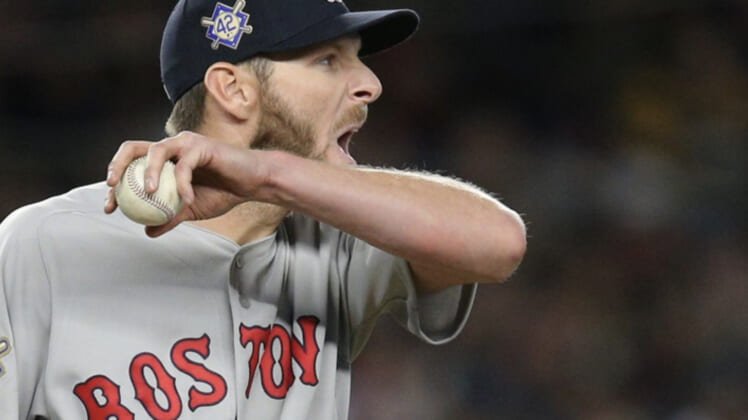 Could the Boston Red Sox go into full-scale rebuild mode this winter? One day after reports suggested the team was willing to trade All-Star starter David Price comes this piece of shocking information.

According to Joel Sherman of the NY Post, Boston is willing to discuss trading seven-time All-Star Chris Sale.

As Sherman notes, a Price deal seems more likely. That doesn’t make this any less interesting.

Sale, 30, is coming off a sorely disappointing 2019 campaign that saw him put up a career-high 4.40 ERA while losing 11 of his 17 decisions. He also dealt with velocity issues stemming from an injury throughout the season.

Set to earn a combined $90 million over the next three seasons before a potential player opt out, Sale would be an expensive proposition for bidding teams.

If Boston can find a way to acquire young options while moving Sale’s contract, we expect the team to fully consider it.