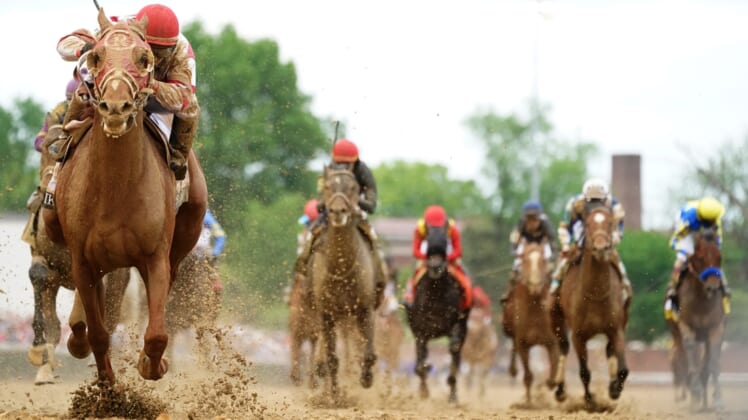 A record $179 million was bet in the pari-mutuel pool on the Kentucky Derby, Churchill Downs confirmed to ESPN Monday.

The historic track said the total handle marked a 17 percent increase over the 2021 Derby. It’s also 8 percent greater than 2019, when the previous record was set.

Rich Strike, which entered the field Friday to replace another horse that was scratched, won the race as an 80-1 longshot.

The increase in betting coincides with the wider legalization of sports betting in jurisdictions around the country.

It also may have played a role in an increase in TV viewership. NBC Sports said Monday that it was the most-viewed Derby since 2019, bringing in more than 16 million viewers, BloodHorse.com reported.

That would be a fair increase over the 2021 average of 14.37 million viewers, which reportedly peaked at 15.7 million during the race itself.