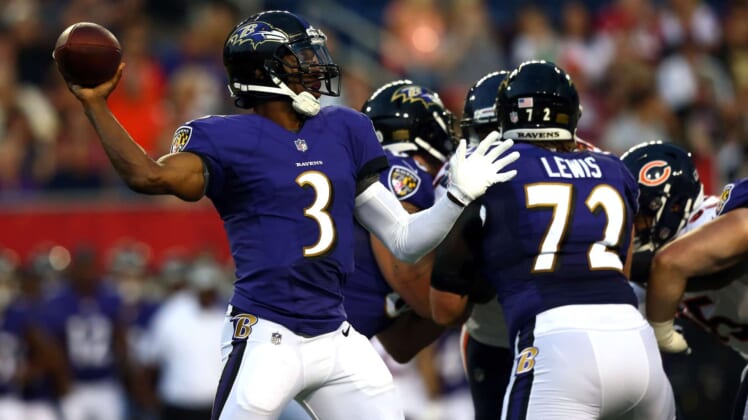 After an impressive preseason by Baltimore Ravens quarterback Robert Griffin III, many wondered if he would be a trade candidate.

According to Tom Pelissero of NFL Network, the Ravens will instead keep RGIII and make him the team’s backup quarterback behind Joe Flacco.

But thanks to his impressive preseason tape, will he be in Baltimore for the duration of 2018? Or could we see him in another uniform at some point?

The spot is certainly deserved for RGIII. After a year away from the NFL, he joined the Ravens and completed 27-of-41 passes for 243 yards with two touchdowns and one interception.

RGIII’s presence on the depth chart also allows Baltimore to bring first-round pick Lamar Jackson along at a developmental pace. If Joe Flacco suffers an injury, the Ravens can turn to RGIII and still give Jackson time to learn the offense and develop as an NFL quarterback.

When Jackson is deemed ready, the Ravens could then promote him up the depth chart and trade RGIII when another team loses its starting quarterback.