Report: Ravens stars get into ‘heated’ argument after loss 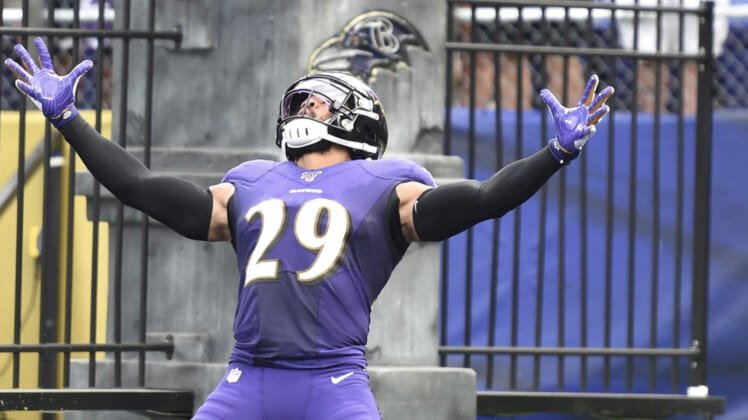 The Baltimore Ravens’ defense can’t be too happy that it allowed the visiting Cleveland Browns to drop 40 points in a double-digit loss on Sunday.

The backdrop here was the absence of Pro Bowl Ravens defensive tackle Brandon Williams, who missed the game with a knee injury.

According to this report from Mike Garafolo of NFL Media, future Hall of Fame safety Earl Thomas confronted Williams after the game. The two had a heated conversation.

“Safety Earl Thomas and defensive tackle Brandon Williams had a heated discussion in the training room in which Thomas expressed his frustrations that Williams was inactive for Sunday’s 40-25 loss, sources with knowledge of the argument said,” the report read.

As Garafolo would later note, the argument did not get physical. Rather, it was likely Thomas’ frustration boiling over big time after the blowout loss.

Williams’ absence played a direct role in Cleveland getting it going on the ground. He’s among the best run-stuffing defensive tackles in the NFL. The Browns went for 193 yards and four touchdowns on 29 attempts with Williams on the bench.