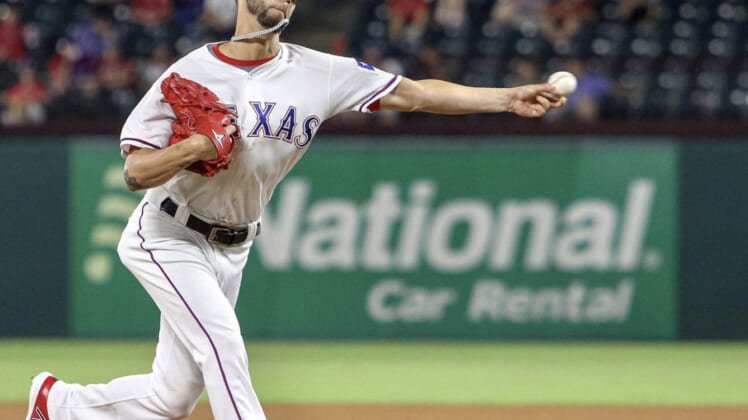 As MLB’s winter meetings start to come to a close, the Milwaukee Brewers strengthened their bullpen on Thursday by acquiring left-handed reliever Alex Claudio from the Texas Rangers.

According to Ken Rosenthal of The Athletic, Milwaukee is sending a competitive-balance pick to Texas for the 26-year-old southpaw reliever.

Milwaukee will be hoping it can work with Claudio and get him back into the form the Rangers enjoyed from 2016-’17 when he posted a 2.61 ERA across 134.1 innings.

According to the report, Texas will receive the No. 39 overall pick from the Brewers. While the Rangers lose a cost-controlled reliever for the next three seasons, landing a top-40 draft pick is a strong return for a team that is gearing towards a rebuild.