Report: Rangers No. 1 prospect Josh Jung to be called up 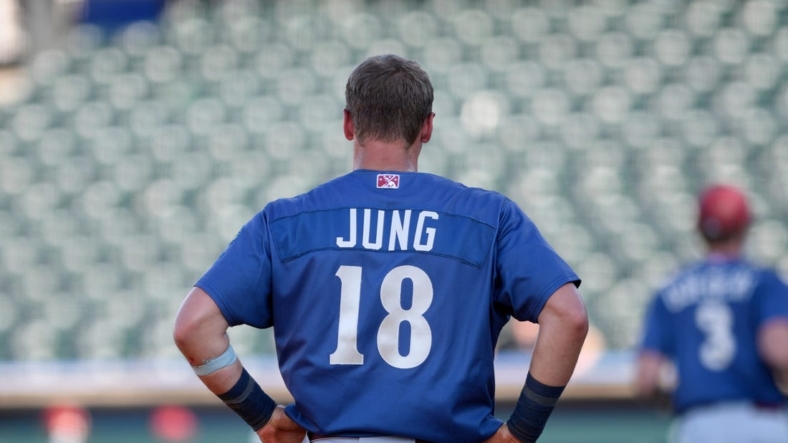 Third baseman Josh Jung, the Texas Rangers’ No. 1 prospect, will be recalled to the big-league club, The Athletic reported Wednesday.

Jung is set to join the Rangers on the team’s off day on Thursday and will make his major league debut Friday against the Toronto Blue Jays, per the report.

The 24-year-old was the No. 8 overall pick in the 2019 draft and was hitting .266 with nine homers and 29 RBIs in 31 games in the minors this season. He played eight games for the Rangers’ affiliate in the rookie-level Arizona Complex League before being promoted to Triple-A Round Rock.

Among Texas’ top 30 prospects in the organization, Jung will be the third to reach the major leagues this season alongside left-handed pitcher Cole Ragans and outfielder Bubba Thompson.