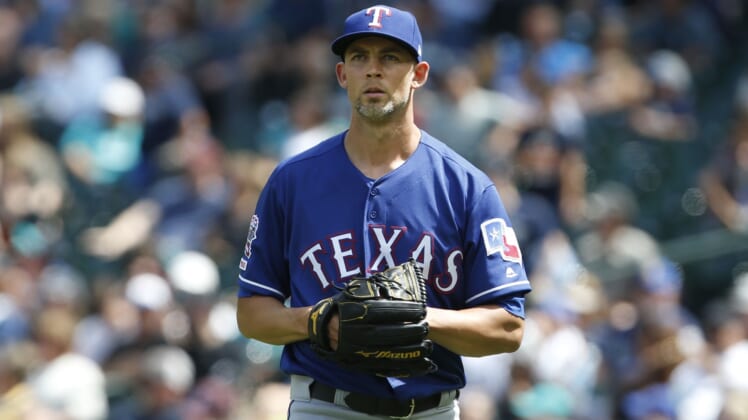 At a time when many of the top starting pitchers thought to be available at the trade deadline may now remain, Texas Rangers pitcher Mike Minor is reportedly a near certainty to be moved by July 31.

According to SportsNet New York’s Andy Martino, the All-Star is highly likely to be traded within the next week.

While the 31-year-old is older than high-profile arms like Madison Bumgarner and Marcus Stroman, Minor has posted outstanding numbers this season for the Rangers. Despite pitching in a tough environment, Minor owns a 3.00 ERA, 1.18 WHIP and struck out 136 batters in 135 innings.

Minor’s contract could make him even more appealing to teams. He is owed less than half of the remaining $9.8 million salary for this season and will earn $9.8 million next season in the final year of his deal.

While he does carry a track record of durability issues, Minor’s breakout season and strong analytics behind his numbers could prove very attractive to teams like the New York Yankees, Houston Astros and Atlanta Braves.