Report: Rams want to borrow $500 million from NFL for help with new stadium 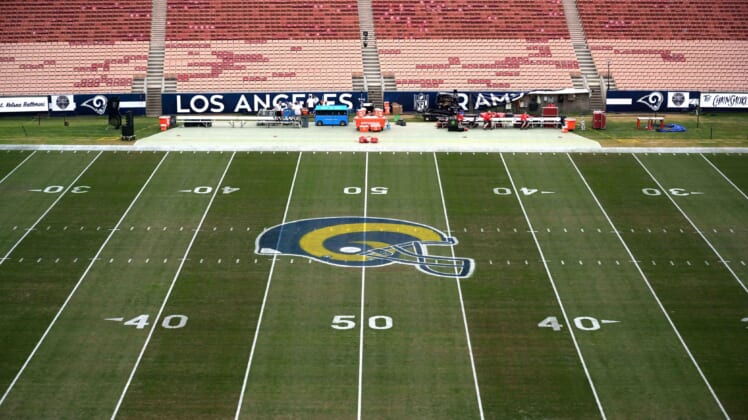 The Los Angeles Rams have already encountered delays with the planned opening for SoFi Stadium. Now, amid growing uncertainty for when the stadium will open, the Rams are about to ask the NFL for even more help with the massive stadium project.

According to The Athletic’s Daniel Kaplan, the Rams are requesting the NFL provide them with up to $500 million in assistance for the stadium’s financing. Furthermore, the team is asking the NFL to extend its window to pay the league back from 15 years to 30 years.

It’s not the first time the Rams have asked for the league’s assistance in building the privately funded stadium. The NFL previously granted the teams a $400 million loan from the league’s stadium lending program. NFL owners are expected to vote upon the financial request next week.

The Rams have encountered difficulties with the SoFi Stadium construction project since it began. The project originally held a $2.2 billion price tag in 2016, but costs have skyrocketed due to multiple delays. The team planned to open up the stadium in July, but the COVID-19 pandemic canceled the Taylor Swift concert.

The construction project has also seen five workers test positive for the coronavirus, including the latest case this week. As a result, amid Los Angeles extending its stay-at-home orders, doubt is beginning to settle in for the stadium’s opening.

Given the likelihood of games being played in Los Angeles this season without fans in attendance, the Rams are preparing for a significant economic hit. For billionaire owner Stan Kroenke, who has an estimated net worth of $10 billion, that means borrowing nearly $1 billion from the NFL.